​Russophobia: from paranoia to lies, from war games to... war? 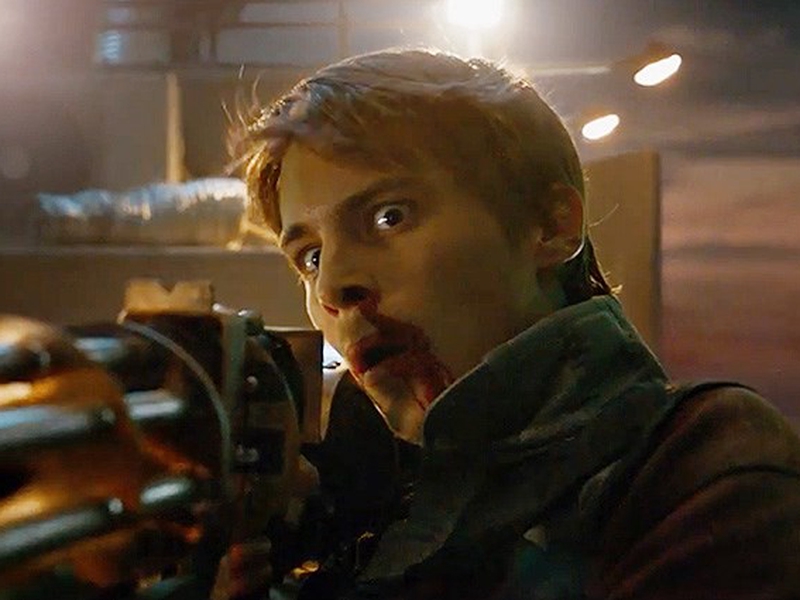 The recent reports of the mainstream press on international affairs make an impression of being written by a paranoid individual. They see the same enemy behind every unpleasant development.

The recent reports of the mainstream press on international affairs make an impression of being written by a paranoid individual. They see the same enemy behind every unpleasant development.

David Cameron fails with his Remain campaign during the Brexit referendum, so who is to blame? The mainstream media presents Putin as the main beneficiary of the No vote. Hillary Clinton has problems with her campaign, for the first time in many years the “designated” candidate of the elite may lose the US election. Horrible! But who is to blame? Putin.

Before leaving his office, Cameron is mostly concerned by his expectations that the British No to the EU would make Putin happy. Hillary brushes off the accusations that the Democratic party gave Bernie Sanders no chances of winning “her” nomination. Instead, she is concerned by the Russian “hackers” and calls Russia “a foreign, adversarial power.” No one notices that Putin actually never mentioned the words “Bernie Sanders” and “Brexit” in his speeches.

Putin may say or do whatever he wants, he will be found guilty anyway.

Ukraine saboteurs are caught in Crimea, with explosives on their hands, – but the press of the US and the EU is not asking itself any questions about its support for the nationalist regime in Kiev. Instead, it is asking the same old question: what is Putin up to?

It is as if the British press would question itself about the intentions of the Czech president Edvard Benes, when Hitler invaded Czechoslovakia in 1938. Hitler also “suspected” the Czechs of “showing aggressive intentions.” The British press did not believe Hitler then, but it believes the Ukrainian government now, even though president Poroshenko keeps talking about a possible “Putin’s invasion,” while trying to provoke Russia in every possible way, from banning hundreds of Russian books and films in Ukraine to erecting statues to anti-Russian figures of Ukrainian history.

Thank God, the British press also did not ask itself questions about “Hungary’s aggressive plans,” when Soviets invaded Hungary in 1956. In fact, every aggressor in history “suspected” its victim of nurturing some hideous plans – which the aggression “luckily” foiled.

One could add two of Germany’s attacks against France in the twentieth century – both of them “justified” by threats presumably emanating from Paris.

What would anyone do other than laugh at the grotesque absurdity of such historic headlines? But when it comes to Russia today, such nonsense is mainstream “information” in the British, American and European press. The New Yorker featured Masha Gessen’s speculations on Vladimir Putin’s new chief of staff. Gessen wrote, “the letters of his last name (Vaino) can spell voyna, the Russian word for war. Is this the message that Putin is sending?” Great analysis, very convincing.

The crisis hit Ukraine has become a testing ground for the ability of our media to believe in absurdities. It really is quite extraordinary that, however belligerent the Ukrainian regime becomes – by banning communist deputies, by persecuting former members of a democratically elected (and illegally ousted) government, by banning the Russian movies and books, by shelling civilians in East Ukraine where 9600 lives have been lost in the past two-and-a-half years, by cutting off banking transfers and even food supplies to East Ukraine, the Western media sees there nothing but evidence of “Russian aggression”. “MAD” used to mean “mutually assured destruction” in the nuclear-armed cold war but today it totally sums up the upside down world of Western Russophobia.

What can be more cruel than imposing the “food blockade” of the “pro-Russian” regions in the east of the country? But the regime in Kiev did this. After seizing power in Kiev in 2014, initially the supposedly “European” politicians from Western Ukraine just called the Russians in Donetsk all sorts of names. Then they sent troops, having a war in which 9 thousand six hundred people died. Now they keep the food blockade, not allowing even dog food into Eastern Ukraine and calling the people who try to bring food to Donetsk “smugglers.”

Russophobia is a symptom of a more general problem in both the United States and the EU – our newly acquired inability to tell friends from foes.

Instead of fighting Russophobia, the Western media are fighting “Islamophobia,” calling “irrational” the well founded fear of the people, in whose hands thousands of “infidels” found their deaths in just the last few months. On the contrary, the irrational fear of Russia has no logical basis whatsoever – and is therefore a real “phobia” – but the Western media makes no soul-searching on the matter.

The mainstream press never asks itself the question: what are the sources of their fear of Russia?

Russia has invaded nowhere. Russia did not take over any post-Soviet European State, imposing an extremely belligerent nationalist government there – NATO and the EU have done so. Russia did not overthrow an elected government of an independent state – NATO/EU did. After the collapse of the Soviet Union, Russia did not surround the USA with military bases and missile systems – but NATO/EU did that to Russia many times and continue doing so now. Russia did not initiate a trade embargo first (which is an act of war in modern times) but NATO/EU did initiate such embargos against Russia.

Russians and Russian-speaking Ukrainians in the East are being bombed by Ukrainian forces and hundreds of civilians have been killed. Despite the ongoing drama, Putin has repeatedly said that Russians in East Ukraine should enjoy autonomy through devolution (like Scots and Welsh enjoy in the UK for instance) and not via complete secession from Ukraine. What is so bad about devolution?

It is not Russia, it is Kiev that refuses to pass the legislation to achieve that – despite being required to do so by the internationally negotiated Minsk-2 peace agreement. The Russian retrieval of Crimea (which had been Russian for over 220 years and stays so now) is backed by an unambiguous vote of the Crimeans themselves – but the US calls it “an occupation.” By the way, did Cubans get a vote on the US possession of Guantanamo Bay?

The anti-Russian bigotry in the western press is clear when it calls a mistaken bombing of a Syrian or an Iraqi apartment block “a war crime,” while calling “a mistake” the situation when US aircraft bombs an internationally operated hospital in Afghanistan!

Even in such a sphere as sports, traditionally considered not to be a life and death matter, the American and EU’s lobbyists are applying the same double standards. When there are grave doubts about Kenyan institutional doping, there is no blanket ban. When there are just SUSPICIONS of a similar situation in Russia, there is a ‘collective punishment”. When a US athlete, twice banned from athletics for doping (and still showing unprecedented performances in his 30s for some supernatural reasons) is allowed to race in the 2016 Olympic Games, dozens of Russian athletes, who NEVER failed any tests, are not allowed to go to Rio, because they had done their training in “doping-infested” Russia. Worse than that, a Russian long jumper Darya Klishina is banned even when she had done all her training in the USA (she was eventually allowed to compete just hours before the deadline).

Among the population of Western Europe there is little support for anti-Russian aggression – with only 9% of Germans backing a NATO military buildup on the border with Russia. This contrasted with 66% of Europeans saying Islamic State was the real threat – a threat which their “leaders” refuse to counter with their most effective potential ally – Russia!

This is the last ray of hope for us – the changing public opinion. I hope the Russians have noticed that the No vote during the Brexit referendum was in fact an electoral rebellion. A rebellion against those same forces which are spreading Russophobia. This rebellion ended Mr. Cameron’s career, making him a “dead man” politically. Please, keep it in mind, my Russian friends. The tides of history – fateful until recently – may change soon.